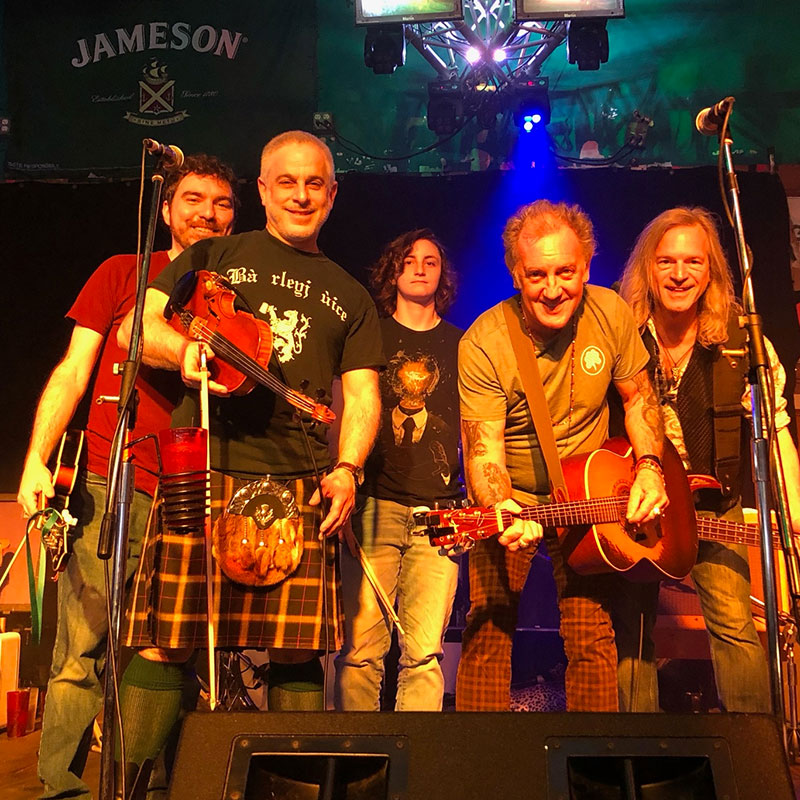 With eight albums and a double CD collection in their sporrans to date, these five spirited yanks have made themselves one of the most beloved Celtic rock bands in the US. They’ve been heard in popular television shows, films, and tons of Celtic radio programs worldwide.

The ayes have it – Barleyjuice is a grand group of talented tunesmiths and prodigious performers, and the absolute best time you can have at a concert without removing your kilt.