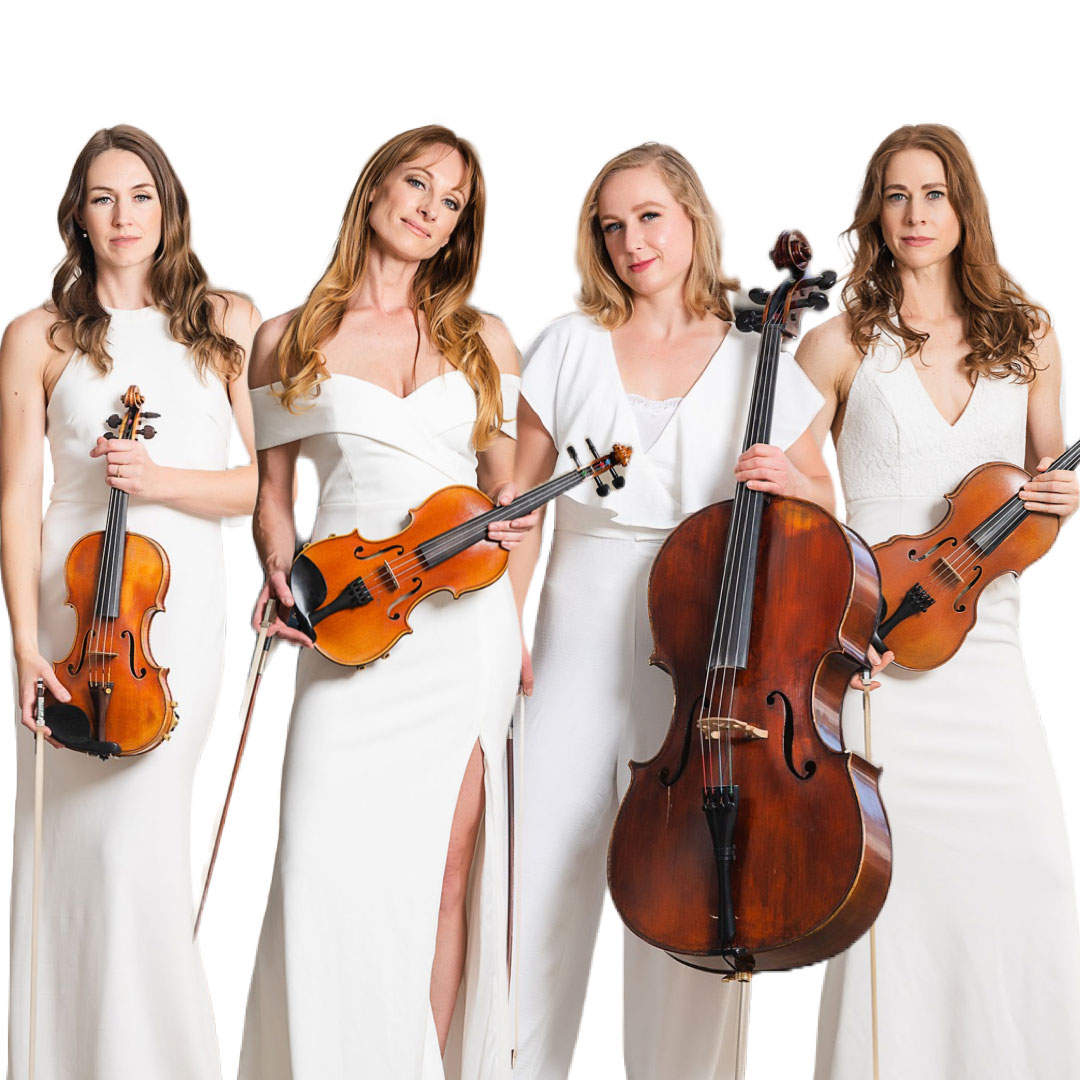 rock, and pop music. Mixing and mashing catchy melodies into unique arrangements such as

“Bach in Black” and “Don’t Stop Beethoven”, Spinphony is more like a rock band than a string

quartet with added choreography and beats. The four stunning ladies who often get mistaken

for sisters, are winning over audiences with their creative and high energy performances

nationwide. They have over 50k Facebook followers and have released three studio albums

which are on the forefront of classical/rock crossover music. Their one of a kind sound is

refreshing and will leave audiences with a whole new appreciation for instrumental music.

Whether you’re a fan of ACDC, Vivaldi, or Bruno Mars, the Spinphony show is music that

The quartet is comprised of Brett Omara and Anna Morris on violin, Michaela Borth on 5 String,

and Liz Gergel on cello. Combined, the ladies have been playing their instruments for over

100 years. They have performed shows worldwide and collaborated with 2 Cellos,